EVEDYAHU Who among you fears the Lord and obeys the voice of His Servant? 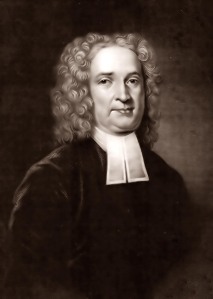 I am currently working on an essay about the Puritan interpretation of Ecclesiastes, so I am brushing a bit more on my knowledge of the Puritans.

So far I have decided to look at the works of three Puritan writers: John Cotton, John Trap, and Edward Reynolds (Matthew Henry and Matthew Poole are easily accessible).

For anyone interested in knowing more about the Puritans, these books will go a long way: Meet the Puritans, A Quest for Godliness, and Worldly Saints.
John Cotton is very fascinating, and the comments of Spurgeon are very relevant, especially on his writing on Ecclesiastes: “By a great linguist and sound divine. Ecclesiastes is not a book to be expounded verse by verse; but Cotton does it as well as anyone” (from Spurgeon’s Commenting & Commentaries).

The most detailed information about Cotton comes (as far as I know) from Benjamin Brook’s The Lives of the Puritans (vo. III). You can download this for free here: http://www.archive.org/details/thelivesofthepur01broouoft.

The following passages give us a good idea about the man (from Benjamin Brook):

He was educated in Trinity, then Emmanuel College, Cambridge and came to faith through the preaching of Dr. Sibbs.
“Mr. Cotton was a divine indefatigably laborious all his days. He lived under the conviction of that sacred precept, “Be not slothful in business, but fervent in the spirit, serving the Lord.” He rose early, and commonly studied 12 hours a day, accounting that a scholar’s day. He was resolved to wear out, rather than rust out.
He was a man of great literary acquirements, and so well acquainted with the HEBREW, that he could converse in it with great ease. He was a most celebrated preacher…remarkable for practical religion and Christian benevolence, and his whole life was filled with acts of piety and charity.
He was a person of great modesty, humility, and good –nature; and though he was often insulted by angry men, he never expressed the least resentment.
A conceited ignorant man once followed him home after sermon, and with frowns told him that his preaching has become dark or flat. To whom he meekly replied,” Both brother; it may be both: let me have your prayers that it may be otherwise.”

…He is denominated “an universal scholar, a living system of the liberal arts, and a walking library. He was deeply skilled in Latin, Greek, and Hebrew, and an extraordinary theologian.””

WOW – you must be inspired by such a Christian scholar/theologian/preacher! I am surely!

2010 European Christian Book of the Year

It is nice to see that evangelical Romanians are “coming of age”, and that both Baptists and Pentecostals are looking back to try to uncover the people who collaborated with the Secret Police (securitate) from within their own ranks.

The Baptists (Daniel Mitrofan) published a few years ago Pigmei and Uriasi [Dwarfs and Giants], and the Pentecostals (Vasilica Croitor) just published Rascumpararea Memoriei [The Redemption of Memory].

While I have not read any of these books (I only read about them), both books ruffled a lot of feathers. For that I am not surprised.

It seems (again from second hand info) that the Pentecostal book is more balanced and fair. In any case, congratulations to Vasilica Croitor for winning the 2010 European Christian Book of the Year.

I assume that it is a pretty good book if it won this award and I hope to read both of them someday to learn from both the dwarfs and the giants!

A Word of Exaltation

I pray Lord, make me taste by love what I taste by knowledge. Anselm